How To Not Be A People’s Pleaser 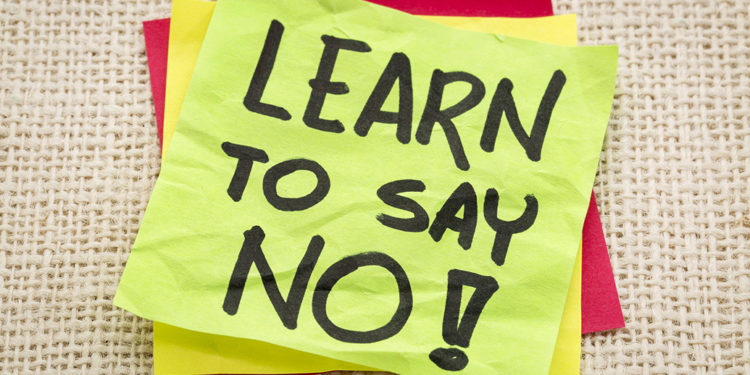 There are lots of times that you will come across such people in your life who are all about pleasing others around them. They are actually quite easy to spot due to their constant need to keep everyone around them happy and satisfied with them. While some continue to being a people’s pleaser for most of their lives, others outgrow it.

If you really think about it, almost everyone at some point in their lives have shown traits of a people-pleaser. You can actually give in to these instincts very easily. After all, who does not want the approval or validation of friends, co-workers and even family? Everyone does. Hence, if you are a people-pleaser or feel yourself turning into one, try and prevent this from going too far.

Yes, there is a chance that people pleasing habits can become dangerous. While, initially, you may not be able to see any harm, in the long term, your personality, career and relationships in general could be negatively affected by your people-pleasing behavior. It can also put you at the risk of being manipulated and becoming emotionally fragile as well. Of course, when you are people-pleaser and somebody recognizes it, they could end up taking advantage of it. This can be seriously harmful.

So, what can you do to actually curb your people-pleasing tendencies and come out of it? Quite a lot, but you will have to put in a dedicated effort and really work on yourself.

Here are a few strategies that you can try!

The first step to solving problem is recognizing its existence. You have to do a thorough assessment of yourself and become more self-aware. Once, you realize that you are going out of your way for others; you will see how your people-pleasing habits are actually doing you wrong instead of contributing to your growth as a person.

Yes, this is incredibly important! You must realize and acknowledge that you have a choice to refuse and say no, rather than always saying yes to everything. Being a people-pleaser, your first instinct is to give in and do whatever is going to make the other person, but the way to break this habit is to admit to yourself that the choice lies with you and you can definitely go in the other direction.

It’s absolutely acceptable to tell someone that you will think about it instead of giving a positive answer right at the moment. You can stand and tell the other person that you will think about it before committing to anything. This is really a way for you to consider whether doing a particular thing for someone is actually going to take up a lot of your time and prevent you from completing your own tasks.

The first refusal and ‘no’ will be the most difficult but once you are able to say it with conviction, you will be on your way to getting off the people-pleasing train. Even if you feel guilty about saying it and feel bad later on, you have to believe that your refusal is for all the right reasons. It will allow you to focus on yourself and take time out to accomplishing your own goals.

You know that mantra, never explain yourself to everyone. Well, it surely is effective in curbing people-pleasing behavior. Once you start explaining and giving reasons as to why you are saying no to someone and how it is difficult for you to come through for them at a particular time, the other person will find a way to push through it and make you agree on it later. For example, if you tell someone that you cannot do something for them at a particular time because you have to go somewhere or have a deadline to meet, they can still ask you to get to it later.