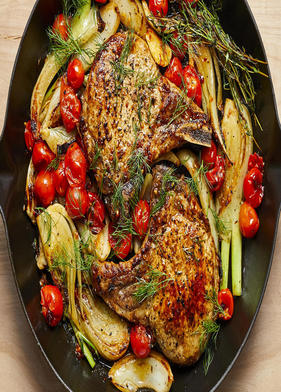 Nothing can beat the heat better than a chilled glass of lemonade and mouth-watering homemade chicken and vegetable pies to fulfill your weekend cravings. We are introducing you to the convenient food recipes that can be munched indoors and outdoors both and will not take much of your precious time to cook. We bet you all wouldn’t want to miss out on the pleasure of trying these healthy snacks. 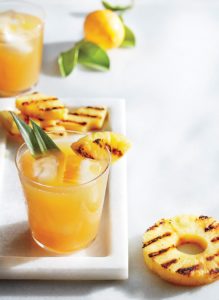 Slice 6 ounces of pineapple to ensure it fills up three fourth portion of a cup. Make use of your grill pan by setting it up at a high temperature and place the sliced pineapples on top of it. Let the pineapples cook for about 6-7 minutes until you see the slices getting slightly dark. Next step is to take room temperature water in four medium size glasses and pour it to a large container along with six teaspoon of sugar. Stir the mixture until you are sure it has dissolved completely. Take out the sliced pineapple pieces from the grill and put it in a blender. Add three fourth cup of lemon juice to the blender and blend the mixture until the texture is smooth. Final step involves adding the sugar mixture from the pitcher to the blender. Stir it thoroughly and your lemonade is ready to be served with a little addition of some ice toppings on it.

-Half tablespoon of baking powder

-One and a half pounds of fresh chicken

-Three forth glass of sliced carrot

-Half glass of green peas

-Half cup of green beans

-One and a half glass of chicken stock 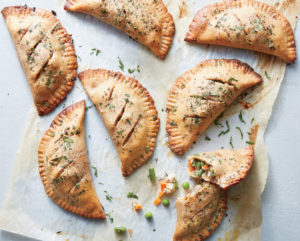 Take four cups of white wheat flour, two teaspoon of sugar and half tablespoon of baking powder together in a processor and mix it. Add twenty teaspoon of water and two third cup of canola oil. Do not stop processing until dough becomes solid. Place the dough on kitchen surface that is covered in flour and knead it for about 2 minutes. After pressing the dough into 4-5 inch disks covered it up using plastic and take a break for half hour. Heat your oven at high temperature and place a skillet inside the oven with canola oil in it. After that add chicken and stir it for 6 minutes. Transfer chicken to a bowl and add carrot, coriander leaves, garlic and peas to the pan and cook them. Transfer chicken back to the pan and stir the mixture. Boil the chicken stocks and cook for 5 minutes. Pour salt and pepper on it. Later take one egg and whisk it in a bowl along with half tablespoon of water. Take out dough from the fridge and make 12 pieces of circular balls from it. Shape the balls by rolling it to 6-inch circle and soak it in the egg mixture with some space in between to add on the fillings. Bake the dough pieces and add the chicken and vegetable mixture inside it. You are done!