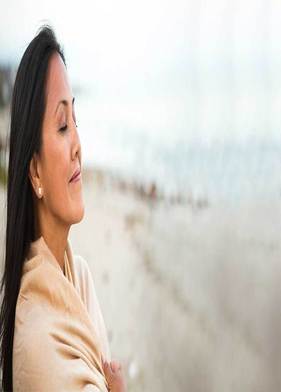 There is nothing easy about going through a divorce and coming out of a marriage. It is one of the most difficult experiences of life and everyone who has gone through it, particularly in our society, says that they wouldn’t wish it on their worst enemy. The stigma attached to divorce is such that dealing with a divorce or separation in our part of the world becomes incredibly hard, even more so for women and girls.

When a marriage fails, people are quick to shift the blame towards the wife. Why does this happen? Well, our society places the responsibility and burden of carrying a relationship or marriage on the woman. Hence, when it ends in divorce, everyone points fingers at the girl who couldn’t ‘compromise’ or ‘sacrifice’ enough to save her marriage.  This is quite an unfortunate harsh reality that every one of us has to live with. 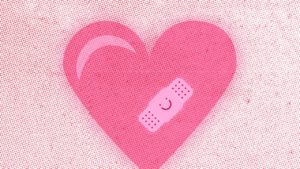 It so happens that instead of showing empathy to someone who is dealing with a divorce a lot of people, including family and friends, begin to jump to conclusions as to why it is happening. Usually, you will hear things like, ‘the girl should have tried harder’ or ‘it’s upon the wife to make sure that her marriage works’.  For a person going through such an ordeal, these things can be painful to hear which is why several girls start to blame themselves for the failure of the relationship.

In order to avoid victim blaming and shaming as well as all the ‘haw haaye’, women sometimes choose to stay in bad marriages rather than opt for a divorce.  Those who are brave and courageous enough to take the step and get out, they have to face huge challenges, especially if there are children involved.

Perhaps, the most strenuous period of dealing with a divorce is the time that follows immediately after the separation.

I reached out to some women, with kids and without, and asked them about their experiences when faced with this difficult time.

When I decided to take this step, I already knew that life was going to become very hard. No one can prepare you for what comes right after. As soon as I moved into my parent’s house and told my family that I was going to end my four year long marriage, everyone started to cry. Looking at my mother, it felt as if somebody had died. My parents tried to get me to reconcile but I just could not go through the pain of living in that relationship anymore. I had to face a lot of questions from relatives and ‘aunties’ who heard about my divorce and it was quite scary. However, I managed to come through and think it was the right decision. Thank God, there were no kids.

Obviously, divorce is the last option that a woman chooses in the end. I had an arranged marriage that lasted for six years and gave me two children.  I tried my best to live with my husband for their sake, but I had no choice. For my children’s well-being only, I made the decision to get a divorce and move out. Thankfully, my parents and siblings were quite supportive, and that helped me a lot in the initial time. They took care of me, the children and wouldn’t let any outsider say anything to me. With their support, I managed to stand on my own feet and look after my children.

I moved abroad after marriage and after the divorce was on my own for a long time. It was the worst time that I had ever gone through in my life. I got divorced after two years when I knew it just could not work anymore. My papers were in process so I could not come back to my home. I cried every day as I did not know what was going to happen to me now. After I told my parents about it, they reached out to a relative who I stayed with after moving out. Then, I finally got a job and began working. This helped a lot and I was able to get my own place soon as well.

Being married to my cousin, divorce was something I had never even considered. The situation I faced after marriage and with my in-laws led me to make this decision. It was becoming impossible for me to live there anymore. My parents talked to my husband and his parents but they were also not willing to be considerate. It was then only that my father decided that I should move out and get a divorce. Our entire extended family cut us off for some time, lies and rumors were spread about me and my personal life, and everyone in my house had to go through a lot of emotional pain. In the few months after, I was depressed and would not even step out of the house, but then my friend helped me get admission in a university and start my studies again so that was good.

I have three children and when I finally took the step of getting separated, the youngest was just over a year old. It was a nine year marriage during which I had thought about getting divorced many times. My husband I think had been waiting for me to make this decision because he immediately got married again. With my three kids, I couldn’t burden my parents or any other family. Thankfully, I was working and with the help of a colleague was able to rent a small place for myself and the children. It wasn’t easy and still isn’t, but I am doing my best and focusing on raising my sons and daughter.

My marriage only lasted for a year and Thank God, I did not have any children. I found a couple of months after that something was not right with my husband. His family probably knew about it and chose to keep it hidden from us during the time of our engagement. I lived with him for the sake of my parents but finally broke down and told my sister about it. My parents found out and immediately asked me to break off the marriage. After I got the divorce, obviously people asked questions and made it difficult for me to move on however, my parents stood behind me and protected me. Their support helped me get through and face everyone again.

I could not even think about it but life is unexpected. I knew my husband for over eight years and we had a good relationship. When we finally got married, I was over the moon. After three years and one child, I made the painful decision of getting a divorce. My family did not support me and I had to do everything on my own. I moved cities, got a job and started living my kid. My husband threatened to file a custody case but thankfully, did not and I am able to live peacefully.

I had a completely arranged marriage and did not know a lot about my husband or his family. When I got married, things started to get very difficult. I stayed in the marriage for two years and we did not have any children. There were times when I came home and would refuse to go back but my parents would convince me to make it work. After the divorce, I went into depression and nobody would understand. I couldn’t sleep properly or eat and ended up living a very unhealthy lifestyle. In the end, my elder sister came around to help me and encouraged me to pursue higher studies. I finally applied for it and began studying which really made me see everything from a different perspective.

When I got divorced, I decided to not let it take control of my life. For a few months, I knew it was going to get challenging to see myself through but I found the strength. While my parents were not supportive at first, they finally realized that I had taken the best decision for myself. I joined the gym and started to work out. I loved teaching and had quit my job after getting married. After the divorce, I began to teach again and reconnected with a lot of old friends. All of this helped a lot. Six months later, I also travelled solo for the first time. 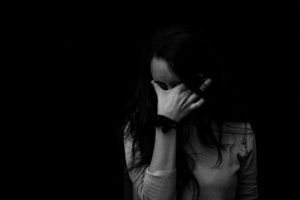 Despite all the progress, we as a society still consider divorce as an unforgiving crime or sin. This needs to change, we have to get rid of the taboo and accept that separation is always better than living in misery together.