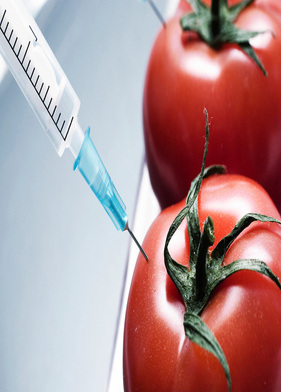 With the advancement of technology in our time, the quality of living has also significantly improved. A major aspect of the lifestyle we all enjoy is the food that we eat. There is more awareness regarding food choices and items, what people are actually putting into their bodies and its effect in the long term on their health. Now, with this awareness, also comes a lot of concern as well as everyone wants to know if what they are consuming is not hazardous in any way. 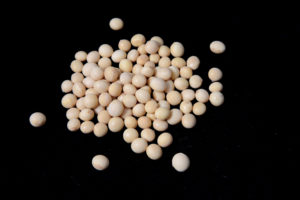 It so happens that genetically modified foods have almost become a permanent in most of our diets. The crops, livestock, meat and sometimes, even vegetables and fruits have been genetically engineered in one way or another.

Before I go into any further details, let me just clarify what genetically modified or GM foods are. Basically, any produce that has had their DNA altered by methods of genetic engineering can be considered under this category. A huge number of the everyday crops that people consume, mostly in the West, are genetically modified to become more resistant to pesticides and other such chemicals. This way, they are said to have an increase in nutrients.  Despite claims by researchers, the subject of GM foods has led to a number of debates and controversies over its impact.

While some studies claim that these kind of food items do not contain a higher risk than the conventional food items, but people still remain hesitant about  consuming them and rightly so. When it comes to GM foods, the impact of each item on a person’s health is subject to testing which means that it has to be deemed safe by a regulating authority. In some countries, GM foods are also banned.

Despite this, can we really know the truth about what we are eating? In all honesty, nobody can say. GM foods have made their way into our lives and in a few years might become more widely available than they are currently.

At the end, it all comes down to what you really know about such food items. Well, like everything else, there are two sides to the story. Some groups support the consumption of GM foods, while a majority of the public strictly opposes it. The popular opinion is that people do want to eat food which has been made with certain chemicals.

Do GM Foods have any Pros?

It wouldn’t be wrong to say that a few of the substances used in these food items can pose serious health risks yet the testing and production continues. The supporters of GM foods say that there are pros which come with consuming such items and they should be acknowledged. Basically, the idea behind genetically modifying foods was to focus on the production of crops so that there would be enough food for the rising population.

Other than that, crops are also higher in nutritious content and may not require the use of pesticides and herbicides on the soil. If we look at it, the primary advantage of GM foods goes to the farmer who now has a better idea of the produce he or she will end up with and is also able to protect the nutrient base of the soil.

When it comes to the general public, advocates are of the opinion that GM foods can be beneficial as well. Apart from the increase in nutrients, the food items also end up having a longer shelf life. This means that people do not have add preservatives to their food items in order to keep them fresh. Food becomes more appealing for consumption and can taste better as well.

There have been reports and studies which prove that GM foods are not all about the negatives. However, one has to understand that impact of adding foreign elements to a natural product could be unpredictable and potentially dangerous.

Health Risks and Looking Out for Them

Now, we all know that no matter how hard everyone tries to stick to eating natural and organic foods, it is not always possible in this day and age. The meat you eat or the milk you drink and vegetables you bring home can all have modifications made to them. At times, people may not be aware of it and consume genetically modified foods.

The health risks it poses are quite extensive and range from minor allergies to terminal illnesses such as cancer. Research as yet has been limited which is why reports have only determined that in the long term frequent consumption of GM foods can cause:

Testing has been quite inconclusive for now but one thing that everyone is quickly becoming aware of is that GM foods or processed items can be hazardous to one’s health and their consumption should be avoided or kept to minimum.