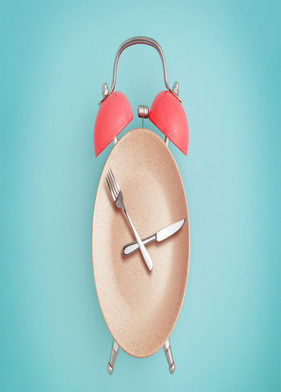 This fitness or rather dietary trend has been rising in popularity since the past year. While most people have been devotedly following keto, intermittent fasting is quickly catching up to it in terms of effectiveness as well as benefits. However, since the dietary regime is seemingly recent, there are many people still trying to find out what it’s all about.

The practice of intermittent fasting is actually quite ancient. It has just been re-discovered. Back in the day, when there was no technology and civilization had not evolved to such an extent, humans had to search or hunt for their food. Sometimes, they were unable to find anything for days which is why their bodies became programmed to function without food for an extended period of time. Fasting comes naturally to a human body. 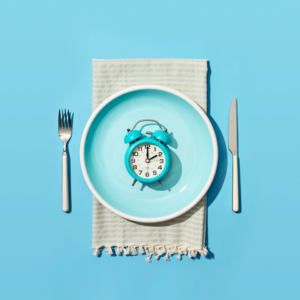 People nowadays are realizing that if done the right way, the health benefits of this method are immense. Weight loss, management of diabetes and detoxification are just a few of the positives that one gets to experience after following this dietary invention.

Those who are not yet aware of intermittent fasting do not have to worry. It is nothing to be confused about. In essence, it’s similar to fasting, however, as part of a cycle. During the twenty four hours in a day, you establish an eating pattern which has periods of eating and fasting. For example, you have to set a time window where you can eat any kind of food and after that you have to avoid consuming anything. Basically, during intermittent fasting, you do not have to be concerned with what to eat but rather when to eat.

The most common intermittent fasting time periods last anywhere between ten to sixteen hours divided across the week. While there are several different methodologies to this practice, the popular ones are these three:

Basically, this involves skipping breakfast and having a daily eating period of eight hours. Your fasting time would go up to sixteen hours in between each day.

In this method, you skip eating for twenty fours once a week. Basically, think of it as going from one dinner till the next without eating anything.

You have to watch your calories for two non-consecutive days of the week and the remaining five days, you can eat as you normally do. In those two days, your calorie consumption has to be restricted to fewer than 700.

As already mentioned above, intermittent fasting is hugely beneficial for your health. Here are the main benefits that studies have shown so far:

It is highly effective for losing weight and reducing fat without having to worry about giving up too many calories or giving up your favorite food items.

Intermittent fasting is known to result in a significant reduction in inflammation. This can prevent chronic diseases in the long run.

During the fasting process, the cells in your body begin repairing. In some studies conducted on animals, intermittent fasting has been shown effective in preventing the development of cancerous cells.

This dietary regime leads to a marked improvement in your cardiac health as its effective in reducing cholesterol, blood sugar and blood triglycerides all of which can cause a cardiac arrest in the long run.

Intermittent fasting can increase the hormone BDNF within the brain and help with the growth of new nerve cells as well. It could be preventive against the Alzheimer’s disease too.

The fasting process has been shown to result in an increase in the average life span. The results of this study may be inconclusive on humans but experts say that an extended life span could be expected. 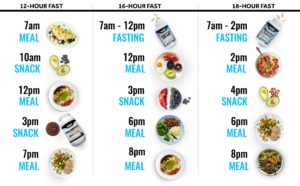 This is a very commonly asked question by people when they find out about the method. Several people assume that those who follow this diet are starving themselves and it’s good for the body at all. Well, if you do a little research on it, you will be able to find all the answers. In fact, let’s make this easier.  You are not starving yourself and can have water, coffee or tea (without adding sugar) at any time.

We also found out that apart from hunger pangs and slight weakness in the initial days, there are no such side effects of intermittent dieting unless you have a medical condition. If you suffer from diabetes, anaemia or any such disorder, than you should consult your doctor before starting with this regime.

Other than that, when it comes to the weakness and hunger, your body will gradually adapt to this new lifestyle and you are going to become used to it.

As long as you are well-nourished and healthy, there is nothing dangerous about not eating for a small period of time during the day or week.