Is this the Real Life or Just Fantasy? 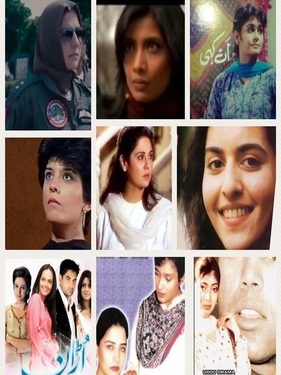 Yes, I know, Bohemian Rhapsody just started playing in your head too. However, I am not going to talk about Queen or Freddie Mercury here. Lately, I have been catching snippets of Pakistani dramas on TV since my mother follows a few and one of them is usually playing in the background when I sit down to unwind with her after a long day at work. This one time, I walked in to see a girl, probably the lead in the drama, crying like there was nothing left for her in life anymore, and a very angry looking man just walking away. As it turns out, the man was her husband who thought his wife had been unfaithful and prompted by his mother, had not only divorced her but also was physically violent.

Surprisingly or not, it’s quite a pattern. Most of the Pakistani dramas these days feature tragic stories centering the female lead where she goes through all the hardships imaginable to prove her love or worth to the man she loves or has to end up with. Usually, there will be evil in-laws thrown in the mix, a villainous friend who is jealous of her or she just has to sacrifice her happiness and dreams for one thing or the other. Now, I do not watch or follow any TV dramas myself that much but they have come up in quite a few conversations since they do have a large following in our country. You hear people complaining about the content or the lack of it but still, it is good entertainment.

If you really keep everything aside, the dramas we have can be looked at as nothing much as mindless entertainment. Do they have a good, strong message? Rarely. Are you getting to see something new in each play? Not really. Does it make for a good family bonding time? Most of the times, no. If I talk about myself here, the last time my family and I watched a Pakistani drama was when Humsafar was airing. 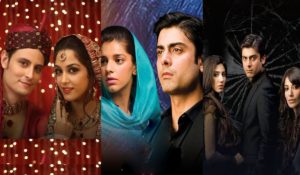 Now, I am not being overly harsh or critical of the content on our television screens and nor am I saying that there hasn’t been anything substantial to come after the blockbuster serial or Zindagi Gulzar Hai.

Surely, there have been Udaari, Baaghi, Shehr-e-Zaat, Aakhri Station and most recently Cheekh. However, for every uplifting and different show, there are three to four soap opera-ish, overstretched dramas with a storyline that will leave you with an existential crisis. You can count the number of good TV serials that you have watched in the last two to three years on your fingers. So what happened? Well, one argument can be made that after the Indian soap invasion, our content became heavily influenced by it and in a way started following their lead when it came to making and producing dramas in an effort to attract the local audiences. Other than that, one can also say that due to the lack of entertainment options we have, the usual saas-bahu thing works when it comes to keeping a lot of women and girls engaged since watching TV is how they relax and spend their free time.

Some time ago, I was part of a conversation where the lack of good content in Pakistani dramas was under discussion. One argument presented was that one of the biggest reasons behind it is that a majority of our audience is used to what’s being shown on their television screens and do not respond well to change which is why good dramas do not work. Another opinion said TV channels also need to make money so it’s their source for it. One person also stated that it’s unfair to compare the dramas of the previous years to now as the writing is not the same anymore.

This might all be right or true to some extent, I mean, we can say that a combination of various factors is to blame for the below average dramas that you get to watch these days.

Going back two decades or more, things were very different. You might have heard your mother, aunt or any elder women in the family talk about the good old days or golden age of television where a drama written by Haseena Moin could literally stop traffic and bring life to a standstill. It’s not even an exaggeration. I have heard so many people tell me how shows like Ankahi, Tanhaiyain or Aangan Terha would cause families to plan their important events around them and how there would hardly be any vehicles on the street when they aired.

If you ever have the time, do give some of the old serials a watch and you will realize the huge downfall that our television content has suffered. Of course, we can argue that times have changed and everyone’s tastes have changed but except a handful of good dramas, what’s coming on the screen nowadays, is it really catering to the people’s demands or preferences?

People have stated that in a way it is since a lot of the content the audience sees is relatable in real life. Maybe it is, maybe it isn’t. However, the intense dramatization which portrays a woman crying constantly, getting verbally and physically abused and generally victimized, is rarely true to everyday life, no matter what someone’s social or economic background is. While, yes, women are suffering and oppressed in our society, and at times, they are helpless too, but are they as weak as you get to see them on your television screens? Also, why is the very old-school thought that a woman is a woman’s biggest enemy still one of the biggest plot lines in a TV serial?

It is 2019, women are uplifting each other and learning more and more to be supportive of each other, not bringing their fellow women down. Why is someone’s ex-girlfriend still plotting against her ex’s wife? Thankfully, our generation has become smarter and the upcoming one is even more aware and not afraid to call out content which seems far from reality.

While reading this, anyone could say that when I criticize our current dramas for being irrelevant or not real enough, it could be my privilege talking. If that has crossed your mind, perhaps you are right. But as I said before just look around you and reflect on it. Yes, women face domestic abuse, and yes, they don’t get their rights but where do you commonly come across a helpless girl who got kicked out of her house as a result of an evil scheme by her husband’s cousin, then kidnapped by her sister-in-law’s cousin and kept in a hidden place for a long period of time before being dropped off at her gate mysteriously? I am not joking, that’s actually a plot of one of the dramas that I accidentally watched a few minutes while switching channels some days ago.

Hopefully, the future seems a little bit brighter than that poor girl’s life in the drama. Our audience is becoming less and less tolerant to these types of plot lines. Maybe, in a few years, the writers, producers and even channels will start paying attention to the content they are putting out and even the actors could push for a change. Some already are! We might move away from the typical saas-bahu conflict to something more real or fresh, and who knows, you might get to see stronger women, better subjects being tackled and a thoughtful message being conveyed at the end.