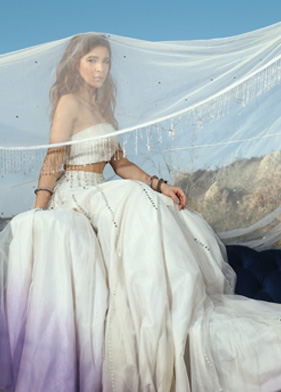 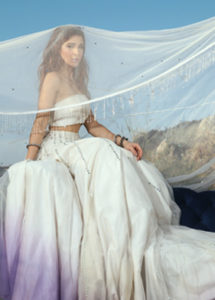 A celebrated actress, model, singer, host and fashionista – the gorgeous Ayesha Omar is one gifted star. She has us in fits of laughter when she steps into the role of  Khoobsurat and leaves us in awe as she walks the ramp for a fashion show. Ayesha is trendy, effortlessly chic and always on fleek, but what is more striking is her confidence, spirit and vivaciousness. From what inspires her to her work commitments and more personal questions, the undaunting style icon talks to us in a special one-on-one and reveals it all. 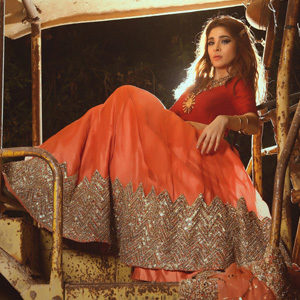 Q. Who would you say you draw your strength from?
A. I draw my strength from all the people around me and all the strong inspiring people I work with. My mother was my first example of strength and determination. She was widowed at a very young age. My father died when I was a year and a half and it was a struggle for her because she had two little kids to raise alone. She fought against all odds. So, I’m obviously very inspired and motivated by her.
Vaneeza Ahmed, to name others, is very hardworking and professional. I got to know her when I was just out of college and she was someone I drew a lot of strength from. I have a group of six friends- Zara, Zainab, Bano, Khadija, and Natasha – are really my support system. We’re still together all the time, connected.

Q. As an actress, what does success mean to you?
A. I’ve grown and evolved in the last few years, so, for me, success is not financial success. It is reassuring to be financially secure, and it takes away a lot of stress and worries. But for me, success has more to do with achieving the goals you’ve set for yourself. Being able to do what you’ve always wanted to do, what you’ve aspired to do. It’s being content, happy, and able to wake up every single day full of gratitude, I love that I’m recognised as a change maker, for motivating and inspiring others and for working on issues I believe in. 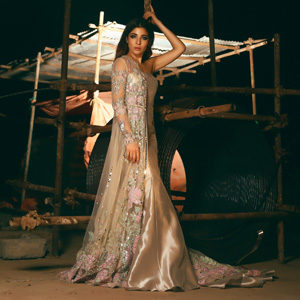 Q. The most inspiring figure from the industry?
A. There are lots of those! To name a few, there’s Mahira Khan, Saba Qamar, Meesha Shafi, and of course Eman Suleman from the young crop of models coming up. And then there are inimitable stars like Samina Pirzada, Hina Dilpazeer, Vinnie, and Nadia Hussain. Ayesha’s multi faceted persona led us towards asking which of her talents she resonated with the most…

Q. Actress/model/singer/style icon – which label do you love the most and why?
A. Hmm (laughs). I think it would have to be singer!

Q. You’ve always been very real about who you are. In an industry where keeping appearances matters so much to most people, how are you so comfortable in your own skin?
A. It takes a lot, it’s not easy. There are times when you just want to conform and settle into a mould that society wants you to be in, that’s safer and easier. But I always want to stay true to myself that’s something I now strongly believe in. It is very scary at times, there are times when I’m terrified. I draw strength from friends and I surround myself with the support of people. I try not to do anything that would go against my nature.I feel that you have to believe in what you do and you have to do what you believe in.
It also has to do with the way I’ve been brought up, my values and principles don’t allow me to distance myself from my core. I am very connected to my core, I have been working on this since the past couple of years. I no longer wish to seek approval and do things just to be accepted. Everybody tries to improve themselves and that is something I try to do as well, so it’s a work in progress.

When asked about what she would change in the industry, Ayesha spoke about it all. The constant judgement, lack of respect, patriarchy, gender biased pay and workplace harassment. 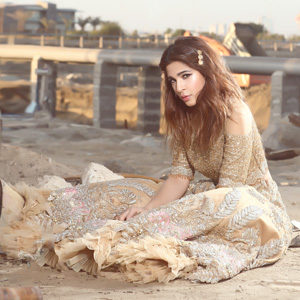 Q. If there was one thing you could change about the industry, what would it be?
A. I would want women to be respected a little bit more. In Pakistan, for women to get out of the house and work is already no less than a huge feat. Every day is a constant battle and struggle against the patriarchy. The common mindset is that if a woman is on TV or media she is immoral or she’ll take shortcuts to get success. Of course there are exceptions and good and bad examples everywhere. But most women are trying very hard to break the patriarchy and find a space for themselves. Whatever their reasons are, whatever their path is, whatever their decisions are, whatever their actions are, everybody needs to be respected and not judged. So I wish the judgement and criticism for women was a little less.
Another thing I would like to change is the pay structure. Women and men should have equal pay, and equal job opportunities.
Also,very importantly, harassment laws at the workplace need to be in place and implemented. I would want the industry to be a safer place for women to work in. Right now women don’t usually feel safe, whether being picked up by a driver from the production team or working late at night with male co workers in different environments, very few women feel safe and protected.
Another change I would love to see is if people concentrated a bit more on content rather than just glamour.

Moving on, we asked;

Q. Circling back to work, a great script or a great cast – what matters more?
A. Hmm, well I think both matter but my number one priority is always a great script.

Q. What’s more important to you – a compatible co-star or director?
A. Ohh both are very important. If you’re not comfortable with your director then they won’t be able to direct you and the whole project is compromised. And if you don’t have compatibility with your co star then the lack of chemistry shows. So both are equally important.

Q. Who are some of your favorite co-stars to work with?
A. Azfar Rehman is one of my favourite people to work with, love his energy. Fawwad was also a great co star to work with. Ahmed Butt, Adnan Siddiqui, Ali Safina, Ahmed Ali and Ahsan Khan are all great people to work with. In women it would be Sanam Saeed and Hina Dilpazeer. I had a great time working with Meesha Shafi in Pepsi Battle of the Bands.After regularly watching her on our TV sets, we can’t wait for Ayesha to grace us with her presence on the Silver Screen again. She tells us about the transition from Drama to Movies, not just for herself, but the industry at large.

Q. How has the transition from television to the silver screen been? What’s different?
A. The transition was with Yalgaar back in the day. At that time I didn’t do much television except for Bulbulay because the director of Yalgaar didn’t want us appearing on television. So three or four years of my life were wasted, that was a terrible decision on my part.
Our film industry is not strong enough to sustain actors for now, our Drama industry is stronger. People watch dramas more. Films were on the rise but sadly there are not enough screens, not enough cinemas for people to go to, people are not going out there to watch movies, there aren’t enough films being made. Dramas on the other hand are there every single day in front of you, in your houses on your TV screens, that’s what makes them popular.
The transition was different as film was a new medium and we don’t have enough film directors guiding us. Most of them were from television, working on an experimental basis and so there was a lot of trial and error. You were kind of left on your own to figure out a lot of stuff. And even when you were being directed by a good film director it was tough because of how different everything was. From the kind of expressions to give to the way you deliver dialogues on screen for film is completely different from TV. Your body movements, your eye movements, how much to move, everything is so different. On film every move of yours is being seen in detail. In television we were used to working mostly in close shots.
So it’s been tough, but with the help of peers and with the help of one’s own judgement we did try and transition, most of us actors. And we have all worked hard, everybody, from directors to actors to choreographers, we’ve all worked very hard figuring out how to make this transition.

Q. What is the one Pakistani film you wish you were a part of?
A. Not one, two actually. Mein Punjab Nahin Jaoongi and Laal Kabooter. I was offered both the films and it just so happened that I could not do either of them.
With Punjab Nahin Jaongi it was unfortunate that I got influenced by some people’s advice. I now know better, I will always follow my gut. Had I followed my gut perhaps I would have been on both the films. But I believe in the process, maybe it wasn’t my time.
I was one of the first people Kamal contacted for Lal Kabooter but I was busy shooting for Kaaf Kangana in Lahore.

Q. Other than Kaaf Kangana, when and where are we seeing you next?
A. Other than Kaaf Kangana I’m currently finishing a pending film Rehbara, opposite Ahsan Khan.
I’m playing the lead, a journalist, in another film being made in Balochistan. This one is about the struggles of the people in Balochistan to get peace back in the region.
I’m also playing a character in Faisal Qureshi’s film Money Back Guarantee. That’s something I’m excited to get started on.

When we asked Ayesha about her most special achievement to date she became thoughtful. She mused over the success of Bulbulay and about the show becoming a global phenomena, however quickly adding that her music album was also one of her most cherished accomplishments.

We wish you all the best in all you do Ayesha! Keep that flame burning bright! And if singing is where your heart is, go for it! 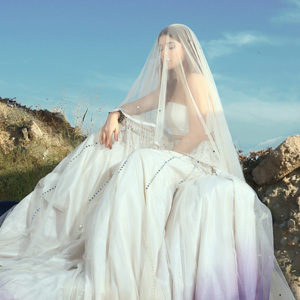