Up close and Personal With Kanwal of Soul Sisters & CWK 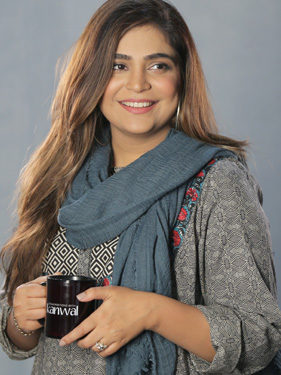 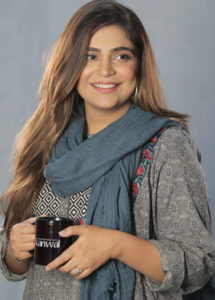 Social media sensation Kanwal Anes Ahmed has surpassed boundaries of success and is a well known face representing Pakistan internationally. We all know her as the founder of Soul Sisters Pakistan. Facebook recognized her as a Community leader and she was invited by them to represent Pakistan at the Facebook Community Leadership Programme (FCLP) last year. Kanwal is now also hosting her super inspiring digital talk show, Conversations with Kanwal.

Sharing with our readers a little chat we had recently.

Q) For those who may not know, who is Kanwal Ahmed?
A: Kanwal is a community builder because I genuinely like to create groups of people who can come together, have meaningful conversations around things that inspire them, or things that bother them or issues they feel should be resolved collectively as a group or as a community. So, whether it is through a talk show or through a Facebook group, I think that community building is the ultimate result; which is bringing people together.

Q) What inspired you to start SSP?
A: I think the lack of women oriented spaces where women could be their vulnerable selves and discuss what they actually felt. As well as the fact that you know a lot of us can’t talk about the things that are happening in our lives with our own family, we need a third person’s perspective. That’s what made me start Soul Sisters Pakistan, so that we could have a network where we could rely on someone else. Rely on people to give us advice and feedback, where we could benefit as well as hear from each others stories because I really think story-telling drives people forward and it motivates us, because then we know there other people out there in similar situations who are doing just fine. 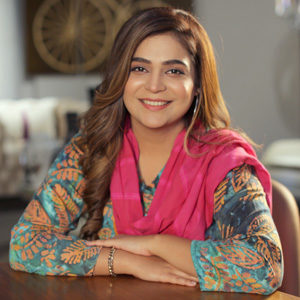 Q) How has the journey been?
A: Hmm, the journey has been really meaningful but it has also been very difficult. I think it has been difficult for all the right reasons because talking about things that are taboo or things that aren’t talked about very openly in our society is always an issue. I think creating change is always difficult. Getting people to really open up is again a very difficult thing to do. And then dealing with, you know, the outcome of that change which can sometimes be in the form of backlash. Its all, I think, part of the package. So that has all been there during the journey. So for me personally the journey has been of growth. I’ve really begin to understand how human behaviour is, how life can really shape a person, what sort of challenges to expect, what sort of response to, you know, now like even before I put up a post I can sort of see what kind of reaction it’s gonna get. Sometimes even before somebody else puts up a post, when I am approving a post I can tell how it’s going to be seen. So, being able to witness social issues and

the way they are perceived by society has been an eye opening journey for me, a difficult one but a very meaningful one.

Q) Negative comments?
A: I get that question asked a lot. Again I would say this is part of the package of being on a public platform. Whether you are on television or on digital media, negative comments are going to come in, so there’s nothing you can do to avoid them. But that doesn’t mean you stop aspiring to be what you want to be, as long as you are not hurting someone in the process or you are deliberately trying to bring someone down, you shouldn’t really get affected by negative comments and I haven’t either. There was obviously a time when I would feel like these comments were the most important thing in my life and that I should really put everything aside and focus on the negative things that people were saying. But that was the initial stage and I did not know how to cope with it. I have learnt over time that there is no way that you can make everybody happy but you can at least do your best in doing good for the world. So sooner or later people do realise as well what your intentions are, what the

outcome of your journey has been and it’s great to see growth in people around you as well. So something that is, you know, a negative comment might turn out to become the biggest support in the future. Also sometimes there are two kinds of negative comments; sometimes the constructive criticism you get, a lot of people perceive it as negative comments but I think that constructive criticism helps me in growing positively, however another kind of negative comment is like baseless remarks for example, ‘Your face is ugly,’ or something ridiculous like, ‘You know she is you know a conspiracy theorist,’ or just random stuff like that is something you should totally ignore and that should not come in your way. 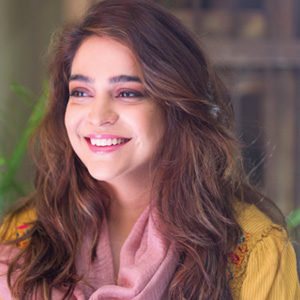 Q) What does life mean to you?
A: I think life for me is just the journey of, I know it sounds very cliched, but just trying my bit to make the world a better place and doing things that I feel will impact people positively. So I like to think of myself as a social entrepreneur where I am trying to do good while also having my own entrepreneurial ventures alongside, so yeah, that’s what life means to me right now.

Q) What is the most embarrassing moment you have ever had?
A: Oh, I shared it on the group! While stuffing my face with Biryani at a susrali daawat, a lady walked up to me and asked if I recognized her. I didn’t, so after introducing herself she went on to tell me how she loves Soul Sisters, I thanked her graciously, then she looks at me and says, ‘par ab aap ne mujhe block kar diya.’(But you blocked me!) That was quite a face palm moment.

I wanted people to watch real, authentic stories, I was kind of tired of the stuff that we generally get to watch

Q) Tell us about your show CWK.
A: Conversations with Kanwal is a dream that I have had for 3 years. It was supposed to be a show where people came forward with their stories and it was hard for me to raise funds for that show for a very long time. But last year when I was chosen for the Facebook Community Leadership Programme, Facebook gave me a grant and they accepted my proposal to film the show, and that’s how Conversations with Kanwal started. I did season 1 and season 1 got a really great response, we had over 15million completely organic views for the season, and now I’m in the process of launching season 2, the episodes start running from 17th November. The purpose of this show is to use the power of storytelling to bring to light social issues, so we can humanise those social issues and view them in a more introspective way.

Q) Why did you feel the need to start the show?
A: I felt the need to start the show because I didn’t see the content that I wanted to watch on the television. And obviously I don’t have the resources to start my own TV channel but anybody can start a Youtube channel. I wanted people to watch real, authentic stories, I was kind of tired of the stuff that we generally get to watch.

Q) What is easier, moderating SSP or working of CWK?
A: I think Conversations with Kanwal is so much easier than Soul Sisters Pakistan (laughs) because with CWK it’s like a 9-5 job, even if we are shooting for 12 hours at least after that we get to go home and sleep, you do not have to wake up in the middle of the night to do stuff. But with SSP its a 24/7 job, you’re always approving posts, you’re always answering messages, dealing with issues within the community, you’re always moderating the
community so SSP is like a 24/7, 365 days a year job. It’s not easy at all.

Q) Are you planning to work in and move back to Pakistan?
A: I do work in Pakistan. So, even though my husband was working in the Middle East and now he’s studying in Canada I keep travelling to Pakistan every 4 months or so for a couple of months to do my Soul Sisters Pakistan and Conversations with Kanwal work. So until we figure out our life plans and where we eventually want to move to, I keep travelling.

Q) How do you balance your personal and professional life?
A: I don’t balance my personal and professional life. I have a really horrible professional life, I’m just lucky that I have a cooperative family who understands that. I work a lot, I mean I’m working from the second I wake up, I work while I’m having my breakfast all the way till I’m about to go to bed. So I don’t have a balance and of course it’s not good but for now thats how it is because I think that’s how an entrepreneur’s life is; you have to push yourself to the limit because you know there is a lack of resources, you are doing ten people’s work… 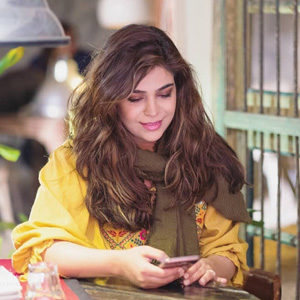 Q) What do you have to say about women empowerment?
A: When it comes to women empowerment I think a lot of people think it means you hold huge conferences or you go out of your way to have fundraisers etc but I feel women empowerment starts from home. I think that within our homes we can empower the women around us, whether that means we don’t mistreat the women in our house, like even our moms sometimes. Just saying, ‘thank you’ to your mom when she makes food for you is so important because she’s gone out of the way to actually cook for you, it’s not something she has to do but she has done it anyway. Appreciating the women in our lives is very important. Just giving women like our daughters the opportunity to do what they want, like not clipping their wings, not barring them from pursuing their passions or their professional work. Also not hiring children as house help, it’s really sad how young girls are taken in as babysitters or as full time help and that’s not okay. That’s something you can stop and if you have the funds to hire five different kinds of house help then you can actually use that money and educate those children rather than abusing your money to oppress them. So I think women empowerment is something that starts from home and it’s our basic responsibility to exercise it especially when we learn so much about it, we’re always talking about it on the internet or reading about it or watching it on television but essentially it starts from home.