The Farther Deeper Side of Colorism 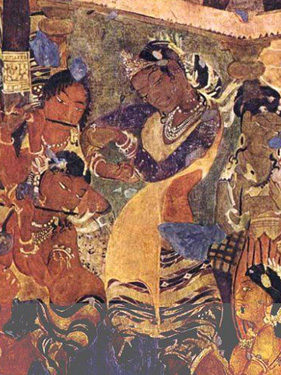 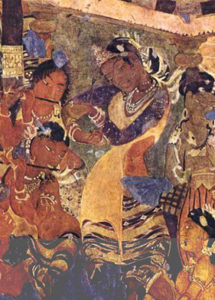 Pakistan and Indian subcontinent at large is a conglomeration of different races and distinct cultures with many similarities. Unlike other nation states we are a rather mixed bunch think of fruit loops cereal if you may for comparison on a lighter note. And while we are at this it is pertinent to note that people here aren’t one and the same, if you travel across the vast expanse you come across people having varied shades of skin color as well as characteristic changes in their facial features. For example, people from the northern-most region are relatively fairer skinned while you go up to Gilgit Baltistan you encounter facial features more akin to our Southeast Asian countries. And then towards South in the fertile plains of Indus people are noticeably darker with more pronounced and strong facial features. 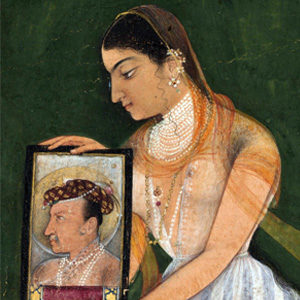 The preference for fair color is often wrongly just swept under the carpet saying we are all brown and this whiteness is natural Such assertions are erroneously simplified and boiled down attributions that leads to a distortion of our complex social reality. And similarly we must acknowledge that this obsession with fair skin hasn’t emerged overnight and rather has developed and become entrenched over many centuries.
In research conducted by Neha Mishra in 2015, she worked on finding nuances behind colorism in Indian Subcontinent and she maps it as back as early Aryans coming to Indian Subcontinent. It is notable to address that Ancient India particularly didn’t discriminate over skin color. So much so in the old historical texts the descriptions didn’t really suggest the Aryans as immigrant noble population and their “enemies” as tribal population of the region known as Dasyus and Dasas. The texts talk about constant wars between the two groups over territory; various excerpts in Rig Veda distinguish the two groups on basis of their varied appearance and color:
Aryans who are called human (manusipraja), worshipping Agni (Goddess of fire) on occasions set fire to settlements of the dark hued people, who deserted their possessions without fighting. The Aryan deity Soma is described as killing people of black skin, who apparently were Dasyus. And at one place. the god Indra is credited with the slaughter of fifty thousand ‘blacks’.
The killing or discrimination was not rooted in color. These conflicts were over territory control, wealth and cattle rather than color and race difference. These mentions are notable because they served as earliest color descriptors. There are also many mentions of dark skinned ‘heroes’ in these ancient texts suggesting that heroes could be dark skinned in those times meaning that darker skin color was largely acceptable and a rather non issue. Moreover there are Hindu deities, gods and goddesses and even mention of beautiful princesses having wheatish skin mentioned in various epics and poems. There are notable religious texts describing Krishna(an incarnation of Lord Vishnu) as. the dark hero of Yadava tribe so much so even the word Krishna itself means ‘black’ in Sanskrit. Some texts suggest that Hindu deity Lord Ram (also known as purushottam, which means the best among men) is known to bedarker skinned; Draupadi, the leading lady in the Hindu Epic Mahabharata is described as a darker skinned and extremely beautiful woman. Parvati, consort of Lord Shiva has also been described as having “wheatish” complexion and extremely beautiful. 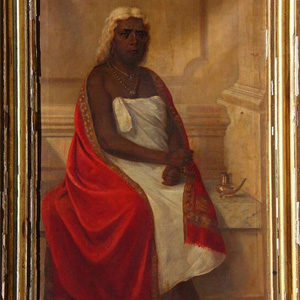 The very author of Rig Veda Angiras was dark skinned himself .All these examples above share an interesting semantics i.e. they all describe dark color and beauty going hand in hand unlike today the two words are often juxtaposed by suggesting the two can’t go together e.g. “yet”. Moreover these examples sufficiently prove the premise that in ancient times there was little discrimination on the basis of color rather there was presence and acceptance of beauty, valour and status irrespective of the skin color. This is primarily because until then darker skin color didn’t have a stigma attached to it and at places it was even a marker of beauty.
And when Muslim invaders from Central Asia and Asia Minor came to rule much of the northern India and then went to on to further expand the rule. The skin colours in India were further diversified on large scale not only were these people fairer but their features were different as well. This invading population went to on marry the locals and a further new hybrid population during the long rule marked by prosperity and relative peace. The success of these invading Muslim rulers was this very factor of amalgamation; they included the local populace in courts and often ruled the state via their agency. Many rulers even had Hindu consorts and tried to bridge the religious beliefs like Akbar. But it wasn’t all hunky dory as more and more Muslim rulers claimed to be divinely guided, they also went on to assert superiority through force. The word Hindu even connotes black in Persian, and Babar used the word to define the complexion of people of the sub-continent. Hafiz Shirazi wrote: Agar

aan Turk-e-Shirazi badstayad dile-maara/ Bakhaale-hinduash bakhsham Samarkand-o-ukhara (I can give away cities like Samarkand and Bukhara in preference to the black mole — Bakhaal-e-hinduash in Persian — on his face). The general populace being subject to a succession of white(ish) overlords eventually came to associate light skin with power, status and desirability among Indians.
Then came the Dutch, French, Portuguese and probably the worst of all the British that further engrained the prejudice against dark skin color. Unlike the Muslim rulers they kept only the rich and lighter skinned Indians as their allies giving them preference over rest of the “blacks”. The British East India Company even named their settlement at Fort St. George “White Town” and their Indian settlement “Black Town.”
During the perilous colonial trade via East India Company, the British also brought in the ideas of the white British master race to colonized lands, the toxic reaction between old lifestyle-based colorism and new Western racism cemented a harmful new compound which associated “whiter” features and lighter skin with power, wealth and beauty.
After the partition in 1947, there was relatively better chance for Pakistan to reassert darker skin as beautiful and there were several notable examples in advertising and popular culture but due to reoccurring political upheavals and conservative radicalism people resorted to Bollywood and other privileged ones to the West for inspiration and entertainment.
Fast forward to 2020, we now see little to no darker skinned women in popular culture, and whoever exists is whitewashed to oblivion. The younger lot today has been so brainwashed over decades very few examine the roots of admiration for fairer skin; even worse is the fact that even larger segment of population today assumes that their desire for whiteness is rather “natural” or “traditional”. If we were to be optimistic about such individual motivations, one can’t overlook the fact that these are infact due to people unconsciously subscribing to class-based colorism 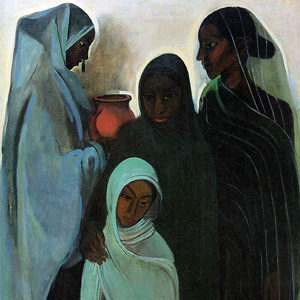 One of the earliest origins of such preference for the light-skinned was based on wealth (and not race) as people from less affluent backgrounds worked outside in sun and had darker skin and wealthier people didn’t have to expose their skin to sun hence fairer skin. But this idea that “dark=poor” will fall flat because it should be obvious that people from dark-skinned races, regardless of economic situation, are dark-skinned. You cannot turn German white just by not working outside.
Media and Fashion today continues to perpetuate stigma around darker skin both directly and indirectly, the message today however is watered down thanks to global pressure. Now words such as “diversity” and “inclusion” are thrown in for good measure. If you rebuke producers they hit back saying that’s what audiences want. But thanks to “woke culture” content now contains less blatant misogyny, but instead it drips with corporate-led feminism; that suggests fair skin equals confidence and success and other such empty constructs.
After all that is said and done we do realise that this long write-up definitely will not change attitudes or command people to change their preferences or to dictate what is considered attractive to millions of people. What we do however propose is a better understanding for our preferences of fairer color. Because it is the only way we could change the present or begin to overcome the past? 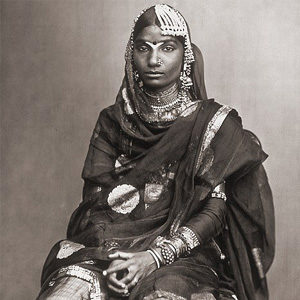 A portrait of a woman in the harem of the royal palace of Jaipur, India