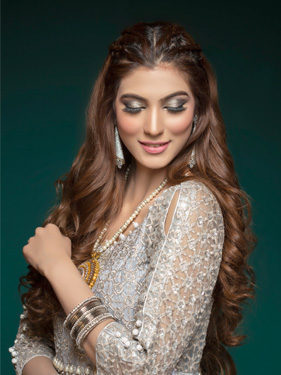 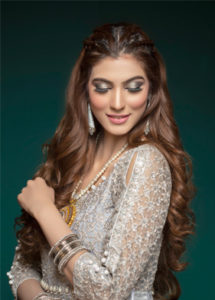 Spending an evening on a photo shoot for Women’s Own with the charming actress and model Nazish Jahangir was definitely one of the highlights of the season. Between changes of looks and dresses, selecting and adorning her with jewellery, we had a bit of a heart-to-heart with her. Nazish is one of the most sought out actresses and model in the country nowadays. Starting her career from theater with Anwar Maqsood, she became the face of AlKaram and has done shoots with GulAhmed and Kapray. She has appeared in various television series and always leaves her mark on the audience with her memorable performances.

A: I was born and raised in Islamabad. I studied there. My majors were Fashion and Psychology.

I am a combination of an introvert and extrovert. Introvert as in, I am not a party animal. I don’t socialize much. I am into reading, Netflix and just chill. Extrovert as in, I love exploring new things. I find it fun and adventurous to be in front of camera; I love the idea to be in someone else’s shoes for a day. So, when I am acting, I stop being Nazish for a while and transform into another character.

A: Perhaps, it was my passion of exploring things and in addition to that I’ve always been a fan of theater. So, when I got into theater professionally, I started receiving calls from TV.

A: Abdullah Haris is an amazing photographer; I’d love to work with him. Then among directors, I adore the work of Nadeem Baig. And for costars, I’d loved to be cast opposite Bilal Abbas and Nadia Jameel.

A: The funny thing is, it was very difficult for me to play a character like ‘Shamila’, and I had to do a lot of homework for this role because Shamila and Nazish are completely different. This project made me cry many times because it was pretty difficult for me to play this negative character. Also, I wanted that by the end of the show, people sympathize with Shamila and not hate her completely. So it’s a grey character and not an out and out negative one. There isn’t just one memorable event or incident on the shoot because I was working with an amazing team, so every day spent with that team was incredible. We almost became a family! 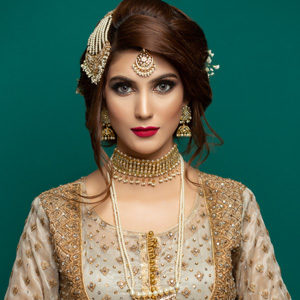 A: Drink plenty of water; have proper sleep and Namaz will give you natural noor, trust me.

A: I always think a lot before signing for any role or a modeling project. I avoid taking roles that could give a negative message to the public. I am someone with a lot of integrity, so I avoid gossip, getting involved in social media fights and arguments. Hence, I want young girls to do the same.

One on One with Faizan Sheikh