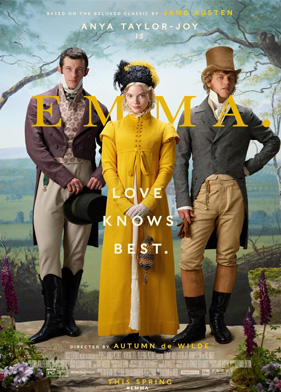 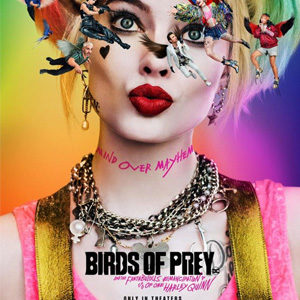 For the DCU lovers and those who loved Suicide Squad as much as I did, February brought a treat. The most beloved character from the Suicide Squad, Harley Quinn is back! After splitting with the Joker, Harley Quinn joins superheroes Black Canary, Huntress and Renee Montoya to save a young girl from an evil crime lord.

It is a 2020 American superhero film based on the DC Comics team Birds of Prey. It is the eighth film in the DC Extended Universe, and a follow-up to Suicide Squad (2016), it was directed by Cathy Yan and written by Christina Hodson, and stars Margot Robbie, Mary Elizabeth Winstead, Jurnee Smollett-Bell, Rosie Perez, Chris Messina, Ella Jay Basco, Ali Wong, and Ewan McGregor. Released in the United States in IMAX, Dolby Cinema and 4DX on February 7, 2020, the film received praise from critics for its visual style, humor, and the performances of Robbie and McGregor. 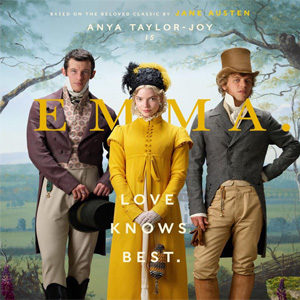 It is the truth universally acknowledged that all Jane Austen fans love Emma once they are done with Mr Darcy. Emma is a comedy-drama film directed by Autumn de Wilde and written by Eleanor Catton. It is based on the 1815 novel of the same name by Jane Austen. The film stars Anya Taylor-Joy, Johnny Flynn and Bill Nighy. This literary treat was released on 21st February2020, by Focus Features.

Like the book, the film opens as our 20-year-old protagonist is preparing for the wedding of her governess, a pairing she credits to her own matchmaking skills. Content to swan through her lavish country estate while a pair of long-suffering servants attend to the ludicrous demands of her hypochondriac father, Emma is hardly in a rush to find a match for herself, though she follows news of a particularly eligible bachelor, the ever-elusive Frank Churchill (Callum Turner), with discreet interest. Hence, enter the drawing rooms and gardens of the Regency Era England which are all dollhouse-tidy, though never unduly grand and enjoy the Alexandra Byrne costumes designed to make you swoon. 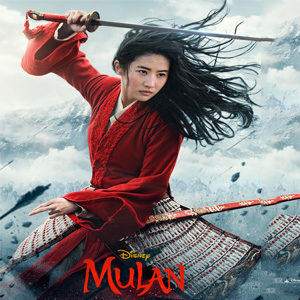 We grew up watching Disney’s 2D Mulan and had been wishing for the movie ever since. Well, in this month of women empowerment, this is a must watch with your sisters and daughters, having a classic family time and go ahead invite your mums and grans too. Mulan is an upcoming 2020 American epic action drama film directed by Niki Caro, with the screenplay by Rick Jaffa, Amanda Silver, Lauren Hynek and Elizabeth Martin, and produced by Walt Disney Pictures. The film is based on the Chinese folklore “The Ballad of Mulan” and is a live action adaptation of Disney’s 1998 animated film of the same name.  The film stars Liu Yifei as the eponymous character, alongside Donnie Yen, Jason Scott Lee, Yoson An, Gong Li, and Jet Li in supporting roles.

“When the Emperor of China issues a decree that one man per family must serve in the Imperial Chinese Army to defend the country from Huns, Hua Mulan, the eldest daughter of an honored warrior, steps in to take the place of her ailing father. She is spirited, determined and quick on her feet. Disguised as a man by the name of Hua Jun, she is tested every step of the way and must harness her innermost strength and embrace her true potential. It is an epic journey that will transform her into an honored warrior and earn her the respect of a grateful nation…and a proud father.” – Walt Disney Pictures

Mulan is scheduled to be released in the United States on March 27, 2020. Don’t miss it!

A Quiet Place Part II is an upcoming American horror film and sequel to A Quiet Place (2018). The sequel film was written and directed by John Krasinski and stars Emily Blunt, Millicent Simmonds, and Noah Jupe, reprising their roles from the first film. Cillian Murphy and Djimon Hounsou also joined the cast. “Following the deadly events at home, the Abbott family must now face the terrors of the outside world as they continue their fight for survival in silence. Forced to venture into the unknown, they quickly realize that the creatures that hunt by sound are not the only threats that lurk beyond the sand path.”- Paramount Pictures

A full trailer was released on January 1, 2020. BoxOffice forecast in January 2020 that the film would gross $72 million on its opening weekend. It based the forecast on the first film’s success on its own opening weekend ($50.2 million) and in the long run, the sequel’s early social metrics being strong, and the continued involvement of Emily Blunt and Krasinski.