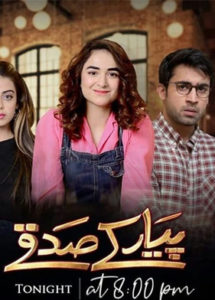 This new drama serial is the breath of fresh air in the dreary winter and a peal of laughter among the distress and dystopia of social issues. Written by Zanjabeel Asim Shah and directed by Farooq Rind, Pyaar Kay Sadqay is a light hearted, humorous story of Mahjabeen (Yumna Zaidi) and Abdullah (Bilal Abbas) who seem to belong to another world. Mahjabeen has repeatedly failed matric and is stuck there due to being horrible at Math; marriage seems to be her only escape but even though she is long out of her teens, she still thinks like a 15 year old, has sharp wit and innocence too cute for these times. Abdullah is stuck in college since many years passing only Math, but failing all other subjects. He too is a grown up, but still a fears his step father (Omair Rana) and acts way below his age level due to his fear and confusion. Abdullah’s step father has deliberately brought up Abdullah as a good for nothing kind, a boy who will have no guts to confront him in future. Atiqa Odho is the loving mother to Abdullah and his sister. It is produced by Moomal Entertainment & MD Productions and goes on air every Thursday at 8:00 PM on HUM TV. 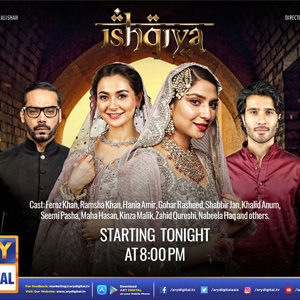 Much awaited drama serial Ishqiya is a story of love, trust and betrayal. Hamna (Ramsha Khan) and Hamza (Feroz Khan) are college friends, deeply and madly in love with each other. Hamza is a rich, very sensitive, over possessive young man who very passionately loves Hamna but destiny comes to play. Upon her ailing father’s request, Hamna had to sacrifice her love and marries Azeem. Now Hamza feels betrayed and eager to take revenge by marrying Humna’s sister (Hania Amir as Roomi) who has no clue what’s happening and is perfectly happy by this arrange marriage.  Produced by Big bang Entertainment, written by Mohsin Ali Shah and directed by Badar Mehmood the drama goes on air at 8:00 PM every Monday. 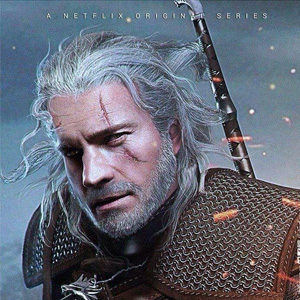 With an IMDB rating of 8.4, season 1 of The Witcher took audience all around the world by storm. Already having a fandom due to the series of books by Polish writer Andrzej Sapkowski, ‘The Witcher Saga’ and the video game series based on books, the popularity of Witcher has touched new horizons. The Witcher is an American fantasy drama series produced by Lauren Schmidt Hissrich. It follows the story of solitary monster hunter Geralt of Rivia (Henry Cavill), sorceress Yennefer of Vengerberg (Anya Chalotra), and Cintran princess Ciri (Freya Allan), who find their lives tied together by destiny. Geralt of Rivia is a witcher, a mutant with special powers who kills monsters for coin. The land is in a state of turmoil, due to the empire of Nilfgaard seeking to enlarge its territory. Among the refugees of this struggle is Cirilla, also known as Ciri, the Princess of Cintra, who is persecuted by Nilfgaard. She and Geralt are destined to each other. In his adventures, Geralt also meets Yennefer, a sorceress with a painful past, and to whom Geralt will also be destined. Season 1 (8 episodes) explores formative events that shaped the three lead characters, prior to their first encounters with each other.