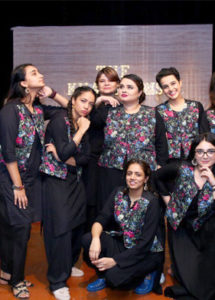 In Pakistan, we have seen women shattering numerous stereotypes and pursuing passions which were labeled unconventional until just a few years ago. Social media, especially Facebook, has played a crucial role in giving voice and a platform for women to connect and grow together. Taking this a step further, women have also been able to monetize their passions which have led to economic empowerment and a general societal shift towards recognizing women of substance from all walks of life. 2020’s International Women’s Day theme was #EachforEqual – a celebration of all women who challenge stereotypes, fight biases, broaden perceptions, improve situations and honour each other’s achievements.

Stand-up comedy in Pakistan’s entertainment scene is a relatively new phenomena, but even then, it has been a predominantly male territory. Faiza Saleem became a clutter-breaker, when she chose to pursue a full-time career in comedy, despite having studied law previously. She chose Facebook as the main social media medium to promote herself and her work.  As a result, she built a solid online base that translated into various opportunities such as corporate collaborations and movies. She has garnered over half a million fans on her official Facebook page, which she now uses to not just market her own self, but also inspire women through engaging content that sheds light on issues prevalent in Pakistan’s society – all in a light-hearted manner! 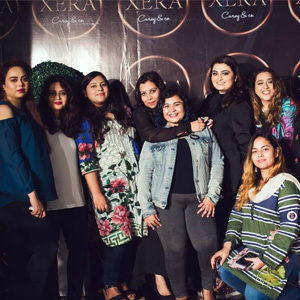 In order to bring more aspiring female comedians to the forefront, Faiza founded two unique communities via Facebook Pages – The Auratnaak and The Khawatoons. While the former is a community of women who can empower one another with comedy, the latter is Pakistan’s first all-girls comedy troupe, led and trained by Faiza herself. For The Khawatoons, Faiza also held auditions and found emerging talent through Facebook, which turned into a full-fledged troupe that performs across the country.

The Auratnaak Movement was established nearly 3 years ago, when a few members of the emerging stand-up comedy scene of Pakistan identified a gap in fair representation of females. Surprisingly, it was three male comedians who not only made this observation, but also stepped forward to train multiple women from Karachi and Lahore. Hassaan Bin Shaheen, a stand-up comedian himself, trained the group and continues to provide guidance to them on a regular basis. The movement eventually expanded to Islamabad as well. The Auratnaak Movement boasts of a dynamic and diverse line-up of members, each of whom bring their own unique take on comedy. The group has made a conscious effort to not limit their humour to a particular ideology and be able to offer something for everyone who comes to their shows. However, they have often shed light on important social issues in a light-hearted but responsible manner. The Auratnaak Movement now regularly hosts shows across the country, which they market through Facebook as well as offline promotions in the form of word-of-mouth.

Body shaming is a problem across the globe, and Pakistan is no different. With girls as young as 6-year-olds receiving comments on their weight and body, it is no wonder that women of all sizes struggle with self-esteem at different stages of  their lives. Particularly for plus sized women in Pakistan, the lack of support groups and clothing options makes it even harder for these women to feel as confident as they want to feel.

In 2015, Zehra Husain, then a doctor in the making, had had too much. Having identified a dearth of stylish clothing options for herself, she launched a Ready-to-Wear clothing line called XERA, pronounced X-era, through Facebook for the fashionable woman who happens to be plus-sized. “I believed a clothing brand of my own – linked to my community, would be a game-changer for thousands of women of all ages,” she explained.

2 years later, Zehra did Pakistan’s first ever body positive photo shoot with some friends, which put her and the cause on the proverbial map. Even as a young girl, Zehra had always dreamt of being a model, but life had taken her on a different path to medical school. However, she never lost sight of her goal: to become a body activist, encouraging women to embrace themselves and inspiring them to be confident in their own skin. Soon after, she founded a Facebook Group called Plus Size Pakistan – XERA | Curvy & Co. 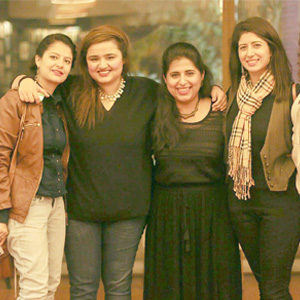 The community has now taken the form of a safe space for thousands of women seeking like-minded individuals looking for clothing, fitness classes, therapists, or simply finding friends. Facebook has not only helped her bring these women together, but it also provided a platform for women in the community to conveniently and comfortably source for plus-size clothing. Zehra does this by hosting a weekly “thrift store” on the Page, where members of the community are able to buy-and-sell affordable plus-size clothing amongst themselves.  She posts about offline meet-ups and other occurrences to get the word out using Events, and holds live sessions regularly to update other women about exhibitions and relevant happenings.

But what’s next for the group and for Zehra? “Taking (the community) to the next level by training some enthusiastic women to enter the world of professional modelling, perhaps a fashion show,” she said. More power to you!