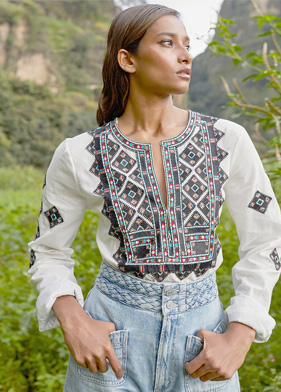 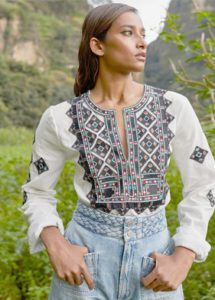 From Balochistan to the Western World

Yes it is the instantly recognizable clothing worn by Baloch women that comprises of  traditional motifs and colors. But to break it down a Baloch Pashk essentially is a smock like garment which has four panels of embroidery (doch): a large yoke covering the chest (jig), which contains a central patterned strip (toi), two panels on the sleeve cuffs (banzar; banzari), and a long, narrow, rectangular pocket (pado, las, or pandool), which runs from just above the waist line to the hem of the skirt and there’s also a special type of baloch Pashk that doesn’t have a pocket that is called “berkajeeg”.

Each of the Baloch groups has a slightly different style and, depending on their geographical position different embroidery techniques. This means that those groups nearest Afghanistan embroider in a style very similar to that of the Afghan Baloch that use mosam (satin stitches), those in the Makran on the Arabian Sea littoral are similar to those of the Baloch of coastal south eastern Iran, embroidery from central Balochistan uses tiny mirrors and those near Sindh are influenced to a great extent by Sindhi embroidery styles like hurmitch and interlacing stitches. Yes the baloch are not just limited to or settled in Pakistan. 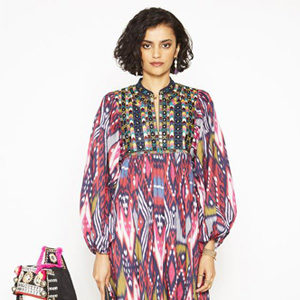 Nowadays many local brands like Generation and Khaadi have tried to reinvigorate similar fit and silhouettes in their prêt collections, which is rather encouraging because many today remain oblivious of it and would finally have a chance to inculcate such garments in their wardrobe.

Worthy of mention are women like Deedar Mengal, a lady whose startup DOCH connects women artisans from far flung and remote areas of Balochistan and markets the embroidered wares to a more larger cosmopolitan audience. This is indigenously grown effort by a woman doing some groundbreaking work with traditional Balochi embroidery on a commercial level. Not only is her startup providing an income source to dozens of women across Balochistan who earlier relied on charity to make the ends meet but these sort of initiatives also ensure that these hand embroideries don’t die out. 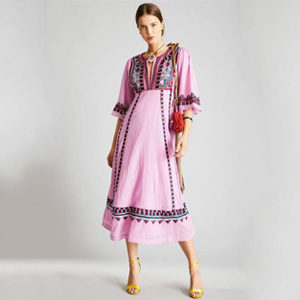 Speaking of which if you are in cities Karachi where there is a sizable population of Baloch people, you would see many baloch women regardless of their socio economic strata roaming around shopping and going about their business wearing traditional pashk and  each garment is very individualistic and one of a kind. There are some simpler versions made of thin fabrics like printed lawn for daily chores and then you’ll come across decadently embroidered pieces with intricate details in finer silken fabrics something you would consider luxury prêt so to say.

The west is catching up too, Parisian designer label Isabel Marant known for her laid back aesthetic littered with rock girl references, tactile fabrics and a Parisian’s attitude to silhouette offered a selection of dresses inspired from the Baloch Pashk in her Spring 2016 collection.

There have been pieces by Italian brand Etro as well who seemed to have borrowed elements from it as well. Another one worthy of mention is a small  NYC based label called Figue by Stephanie von Watzdorf  which quietly practically offers  on-the-nail Baloch ‘pashk’  pieces as tops and dresses as well. 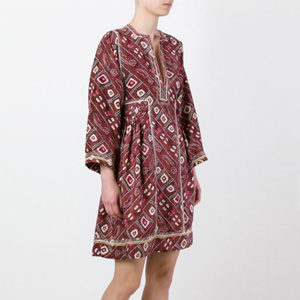 But while it is great to have visibility and see the crafts thrive and be appreciated across the seas, what has been deeply upsetting is that most of times Baloch pashk has been erroneously labeled as Moroccan, Bohemian, hippie and even banjara among other things. It is especially aggravating when the communities behind the work where it originated from do not benefit from their material culture and what they usually define as their ‘identity’ is misappropriated. This also goes back to the problem of perception of how we see and place value on designers’ and artisans’ work in comparison. Also highly symptomatic of ‘othering’ in the West. 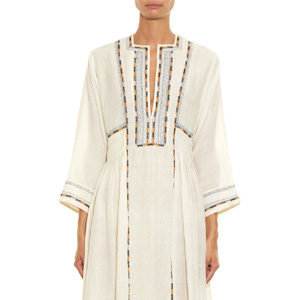 We certainly hope that more women whoever reads this also consider trying a pashk, If you are rolling your eyes, don’t! Trust usl there is one for everyone you just need to find the right color, fabric and embroidery that suits your aesthetic and compliments your personal style.

Shopping For Flat Shoes in Pakistan

All You Need To Know About Wild Hair Colors