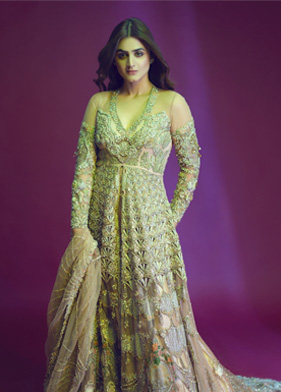 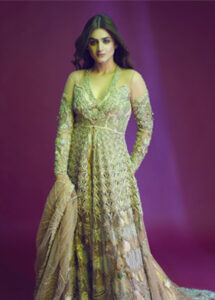 Our drama industry has given us some fabulous artists and captivating serials. One such noteworthy drama is Do Bol. The drama serial by Wajahat Hussain introduced us to Hira Mani. Though usually caught amidst controversies and with a foot in her mouth, the most recent being her callousness regarding Corona, Hira does do justice to her roles in every character she plays. A mother of two and one of the top actresses in the drama industry, Women’s Own team had a chat with this dynamic person recently.

WO: Tell us about a role that you played which is closest to your heart?

HM: All the characters I’ve played are very close to my heart; I love them all. When you do readings about your character it doesn’t fascinate you, but once you start playing it, it becomes more impressive. Infact I’ve just done my “Ghalti” serial’s last shoot. I loved playing the character of Zaira in “Ghalti”.

Hira delved a little on how characters on paper are different from when you actually act them out.

HM: You know sometimes your character does sounds really impressive when you read it but when you start to play that character you feel like it’s so simple. Well whatever characters I’ve played so far have all have been so great. Whether it is the character of Roshni in Sun Yaara or else it is Gaiti Aara in Do Bol or Hania in Mere Pass Tum ho. My favorite characters in order would be Geeti from Yaqeen ka Safar, Roshni, GaitiAara, Zaira and Hania. But now my recent Character as a “Kashf” is coming which is more like connected to Allah (S.W.T) and whatever is connected with Allah (S.W.T) it automatically becomes beautiful. And I think when “Kashf” character will be aired it will be my number one Character. 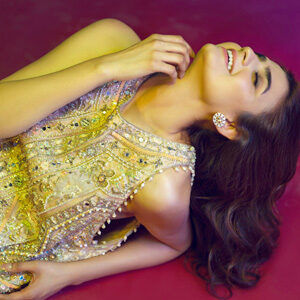 WO: In a nutshell who’s Hira Mani?

HM: Hira Mani is a great fun thing. There are a lot of PR agencies out there, some of them want to work with you, some of them you want to work with. So, a few days ago a PR agency called me and said Hira I would like to take you on board. I told them something very interesting. I told them see you won’t tell me that you don’t do this and that or don’t post such pictures and you post pictures with kids a lot so don’t post them, or that I have to be formal for brands and all. I said if you will correct Hira Mani then Hira Mani won’t be the Hira Mani I am. Hira Mani is perfectly fine the way she is. So, Hira Mani is such a character even in reality with whom every girl can relate. No matter where they live because all the girls are like that, the way Hira Mani is and all my audience, my viewers specially girls they all are Hira Mani and I can see a Hira Mani in every girl. So in essence Hira Mani is a truth, whatever she is she is like that.

Hira went on to state: 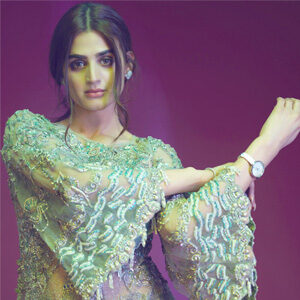 HM: She is not fake, she is not two faced and she is so honest. Your real personality should be more like people automatically get inspired by and learn from you.  Your way of living life should be more like people get inspired from. Hira Mani has never pleased or impressed any one neither tried to be extra cool in front of anyone in her life. The way she is she is like that and people love her. So be normal, reality has both sides good and bad both. All things should be going together with check and balance. Hira Mani Love kids so much and in front of kids Hira Mani can’t see the world and hate that every single person who does wrong to kids in any form. I think in the world where you can’t have a good heart for kids so I say you are not even a human being, because if you don’t care for kids or don’t have love for kids for me they are like a tree just a standing tree.

That’s way too much third person or our taste but in the spirit of honest reporting, this is truly the answer we got for who this media sensation is in a nutshell. 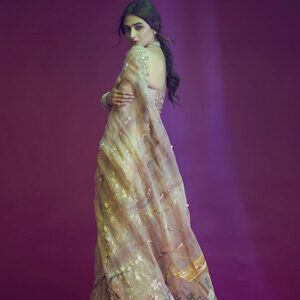 WO: We have heard you’re a brilliant singer, when can we hear your official debut single?

HM: Yes, I am a good singer. My first official debut song has been completed and will be released soon on 7th march 2020 InshAllah and you have to listen and watch my song. Just may Allah (S.W.T) not punish me that’s what I am afraid of and this is the reason I’ve sung this song for the very first time in previous 10 years. There’s plenty of singers who actually pushed me to sing, but now I think the same singers are going to troll me who advised me to sing so let’s hope for the best. Allah (S.W.T) will make everything better.

WO: Tell us something about your next project Kashf?

HM: When I talk about Kashf, tears come in my eyes, it’s a pure and lovely script. It’s connected to every single girl who teaches religion, a girl who goes in people houses and teaches them Quran. A girl who is very close to Allah. It’s an amazing story. The fun part is I didn’t use glycerin for this project. I’ve cried by myself in every scene and I’ve never done this thing before in any serial. 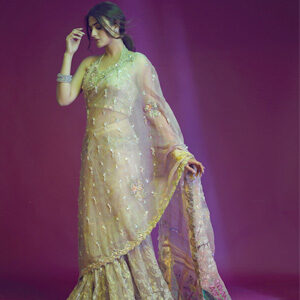 WO: You’re one of the top actresses of our drama industry, so what’s next? When can we see you on the big screen?

HM: I will definitely come on big screen and if I couldn’t make on big screen that’s completely fine. Cinema doesn’t attract me, so it’s fine if I couldn’t make it. I’m coming on television screen that’s a big thing for me because there is a big list of other hit actresses as well. My journey has not been so difficult at all but there was a time when I used to feed my son Ibraheem and Sanam Baloch, Saba Qamar and plenty of other actresses’ plays were going on which I used to watch and I was thinking in my head that how slim they are and how pretty they are looking. But I never knew how Allah (S.W.T) made ways for me my kids got grown up and I did my projects as well. So I feel so blessed whatever I’ve got right now and I want to do my best in it. Even I want to do films and pair with some big actors and to come on big screen and whenever Pakistan-India relations will be better again I would love to do a film with Vickey Koushal and Nawazudin Siddique and also with our Humayun Saeed. I felt very proud when Do Bol got hit. So I think my achievement is bigger than film. When I did a short character of Geeti in Yaqeen Ka Safar people loved it. Tamkinat in Dil Mom Ka Diya, it was a side character and literally people prayed and stopped Imran Ashraf on airport and asked him will you leave her or go to her. Hania in Mere Pass Tum Ho, with Aiza Khan, Adnan Siddique and Humayun Saeed there, who knew that Hania will be noticed, but Hania got attention of people. So I’ve put a lot of effort to turn these character out fantastically. My directors have helped me, guided me a lot. Like the way Wajaahat Hussain put his 100% effort in Do Bol. Danish Nawaz did an amazing job in Sun Yaara. So Basically these are my big achievements till now and I’m hoping for best in the coming time.